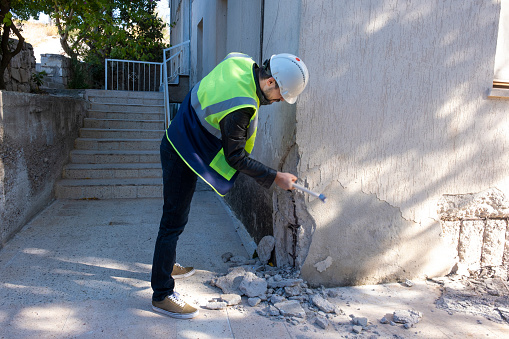 After an Earthquake hit Melbourne at approximately 9.15am on the 22nd of September, many of our customers have turned to their insurance policies to determine whether they are covered for any resultant damage.

The 5.9 magnitude Earthquake which according to Geoscience Australia had an epicenter near the town of Mansfield, some 150km east of Melbourne caused damage to some buildings, stock and contents, but no casualties were reported in the mainstream media.

The Insurance Council of Australia (ICA) had indicated the insurance industry has received in excess of 4600 claims to date.

The good news is “Yes”, insurance policies generally cover Earthquake, but there are some limitations you should be aware of and they may slightly vary between insurers.

The leading insurers in Australia provide cover for earthquake damage under their insurance policies subject to the nominated excess you select as a customer.

It is important to note if a landslide or subsidence occur after an earthquake, it will generally be covered if it happens within 72 hours after the earthquake and as a direct result of the earthquake.

Most business insurance policies focus on SME and commercial businesses with a Property Assets value under $10 million.

Earthquake is covered by these policies.

The 72-hour rule for landslide and subsidence described above also applies.

An important fact to note is whilst most policies have a general exclusion for unoccupancy (premises unoccupied by more than 90 days), Earthquake is one of the perils that is covered irrespective whether a premise is vacant.

The excess payable is slightly different to Home and Contents policies. Business insurance policies will not pay for the first $20,000 or 1% of the sum insured at the damaged premises (whichever is the lower amount).

ISR insurance contracts are designed for large commercial projects and multi sites with a property assets value more than $10m.

These also cover Earthquake and have the same excess as business insurance policies.

For the purpose of applying an excess, all loss, destruction, or damage resulting from an earthquake, occurring during each period of 72 consecutive hours is considered as one event, whether such earthquake is continuous or sporadic.

If you would like some assistance and advice talk to one of our staff.